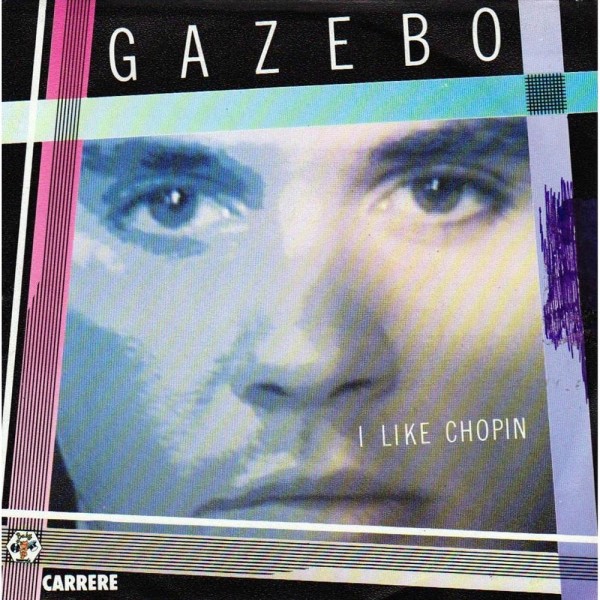 I have always loved the music of J.S. Bach, and if I had to choose one composer out of all that sums up the art of composition, it would be him....
But Chopin, perhaps the supreme composer for the Piano, along with his almost mythical romantic image, was the one who inspired me to use the Piano as the lead instrument in "I like Chopin".
Although the title has been the source of confusion for some, evoking images of Chopin at the piano, it was in fact I who composed the vocal melody and the piano interlude.
Gazebo sang and wrote the words to that vocal melody.
I recorded this track at "Titania" studios in rome, using the Piano as the only acoustic instrument, along with an "Oberheim" and my beloved "minimoog" for the different sounds.
The drum sounds were generated by a mix of the "dmx" drum machine and the "simmons" drum sinth.
All the keyboard sinth sounds were played in real time by myself, not a sequencer.
The recording engineer at the time was Giampaolo Bresciani (great!), and all the backround vocals were provided by Lorenzo Meinardi.
The making of this record was particularly laborious for me.
I had to redo the arrangement, the programming of the synths, the mix etc. four times over before I found the right magic.
In the end the effort paid-off because of the succes of "I like Chopin", with millions and millions od record sold worldwide.